After the snow wash car misunderstanding 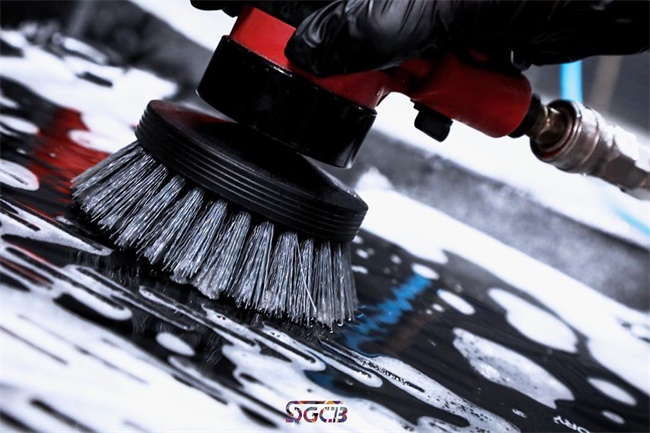 In fact, many owners don't know that in fact, snow will corrode the car, so driving after the snow needs cleaning the car, which is very important. Do not underestimate this matter. If you do not pay attention, it will become an unfavorable factor in the maintenance of the car in winter. Car wash to avoid a few mistakes after the snow.


Misunderstanding 1: After the snow wash car with hot water Some owners use hot water to wash their car after the snow, the car conservation experts advise that after the snow to the car to take a hot shower is the destruction of the car, because the sudden changes in temperature will hurt the car The lacquer gradually loses its luster, and the windshield of the car may also burst in the pouring hot water. After the snow, the car wash can not be flushed directly with cold water. Especially after the engine is warmed up, the temperature in the front of the car is high. Cleaning with cold water will cause rapid cooling, which is not good for the surface paint, and it is even more impossible to directly flush the engine. The correct method of car washing at this time is to launch the car to open the warm air system on the car, and then use warm water to clean the car. After washing, the door should be opened to wipe off the traces of water to prevent freezing of residual water at the seams. The windows are frozen and do not force the switch, especially the power window.

Misunderstanding 2: After the snow-washing, it is not timely and sometimes snowing for a few days. Some owners dragged on the car wash and waited until the car was washed. However, it was found that the paint was not as shiny as before. Car maintenance experts say that after the snow, the car wash should be timely. Even if the weather forecast shows that it will snow in the next few days, do not drag the car. As soon as it is covered with snow, immediately flush it with clean water. Snow contains corrosion components, whether it is paint, chassis or tires, wheels, long-term coverage of the snow will cause harm.

Misunderstanding 3: Do not change their own car wash Most owners know that car wash immediately after the snow will play a very good role in car protection. However, the worse the car wash, the worse. Because these owners often carry their own bucket of water, holding a rag to wash the car. It is not impossible for you to wash your car, but many people do not have the right methods. Some owners use only a bucket of water to wash their car. The mud that was repeatedly entrained in the bucket scratches the paint. Moreover, the salt and alkaline substances in the snow cannot be washed with only clean water. Automotive conservation experts recommend that it is advisable to go to a professional car wash shop and flush the body with a large amount of clean water and a neutral detergent added to the water. A wheel brush that specializes in washing wheels will scrub the sludge in the hub crevice very cleanly.
Tagged with: SGCB AUTOCARE
Share: